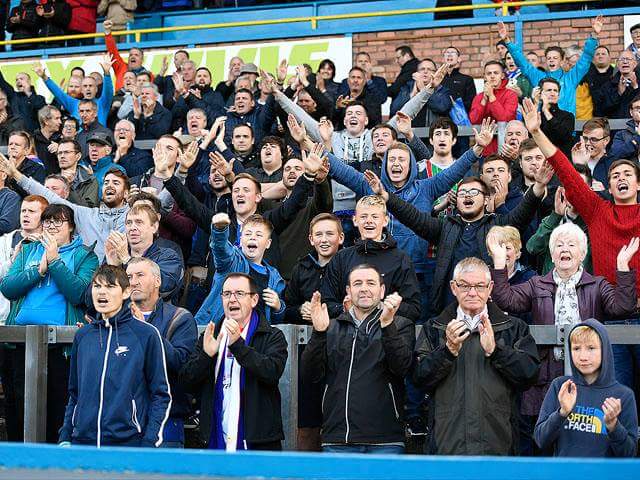 Firstly, we would like to thank everyone who took the time to complete the survey. We know it was a big one, but it was important to provide sufficient evidence of your views so we can take them to the club and work with wider bodies such as the FSA in helping to deliver them.

Over 200 people completed the survey and the results are in. Here are the key findings (all scores out of 10):

Ownership
The survey wanted to know ‘what good looks like’ when it comes to ownership amongst other things, and the message has come out loud and clear that owners need to be open, honest and prepared to consult with fans, keeping them up to date with all key issues affecting their club.

The survey showed a limited level of confidence in the current ownership (4.0), echoing the clarion calls for change which have been a continuous issue at Brunton Park since 2014 when serious discussions about fresh investment first began.

Openness and transparency from owners came out very highly (9.4) with clarity over the ultimate owner and/or controlling person also seen as important (9).

The stability theme continued as long term plans came out strongly, with support for a 5 year business plan from clubs (8.7), and significant feeling against the idea that clubs be allowed to secure debt against key assets such as a stadium (3.6).

Additionally, the club should strive to be a community club (8.3), upholding local heritage & tradition of the area (8.2).

There was a strong feeling that owners should meet with fans on a regular basis (8.3), and face to face meetings were slightly preferred to online. The most favourable method of communication was fans forums (7.0), though the feeling was that current fans forums are only moderately effective (5.4). There was slightly more support for them to be face to face (7.9), rather than online (6.7).

Supporters Trust (CUOSC)
Support for the Trust was moderate (5.9), though the need for such a representative body was strong (7.1). Fans particularly highlighted that the role of the Trust should be to promote supporters views in the running of the club (8.2), ensure the club is being run responsibly and sustainably (8.5), to help communicate both the strategy of the club (8.1) and community based projects (8.0), but was much less in favour of a trust taking overall ownership (5.3).

The survey highlighted the difficulties CUOSC face in adequately representing the views of all our supporters. The results of this questionnaire give us plenty of food for thought when it comes to explaining and promoting the work we do. How can a supporter body hope to maintain a meaningful influence at the club and within the boardroom without being seen as ‘lackies’ of the other shareholders and directors?

Whilst there is less support for the idea of fans owning a controlling stake, there remains considerable backing for supporters being able to veto key changes such as team colours, badge or renaming a stadium (8.2). This is something recommended by the government review, with the concept of the ‘golden share’ for supporters.

EDI
Fans’ responses suggested that they want to see Brunton Park as an inclusive and safe place (8.9), with all people connected to the club, including players, staff, supporters and others being treated with respect (9.2), with strong reporting procedures for acts of discrimination (9.0).

The wider game
The questionnaire confirmed the large groundswell of support for the creation of an independent regulator for football (9.7), which has been one of the main aims of the fan-led review conducted by the government, which issued it’s final report this week. Fans saw the role of the regulator being to support clubs in being sustainably managed (8.9), to helps clubs to work to appropriate budgets (9.3), to control the distribution of money in the game (9.1), to ensure suitable clubs are owned by suitable owners (9.3), and provide protection to key assets such as stadia also being high on the agenda (8.9).

The survey also gave considerable support to the idea that the game should be regulated more strictly, with support for an Owners and Directors test at 8.7, that it should be ongoing (8.1) rather than a one-off, with reasonable backing for the current ‘Fit and Proper’ person test to be extended to non-board positions within clubs (7.1).

There was strong support for the idea that clubs should be transparent and accountable via their annual reports (9.4), support for a simplified version aimed at supporters to be published (9.1), and that these should be audited to ensure their credibility (9.3).

What happens next?
The CUOSC board will now work with these results to shape our ‘manifesto’ for the future of CUFC, work on which began earlier this year. This document will map out what we believe ‘good looks like’ at Brunton Park and how we can go about making it a reality. Of course, it won’t happen overnight, because it will need a lot of people to buy into the concept, and help bring about the changes that are needed to win the backing of the community. Carlisle United doesn’t exist in isolation. There is little doubt that the revolution we all hope will be ushered in by the government review into the game has the power to positively affect us as well as other clubs. CUOSC will be doing all we can to make sure United get a proper benefit from the new deal for football once it takes shape.

Detailed results of the questionnaire:

Communications & Engagement: The club and supporters