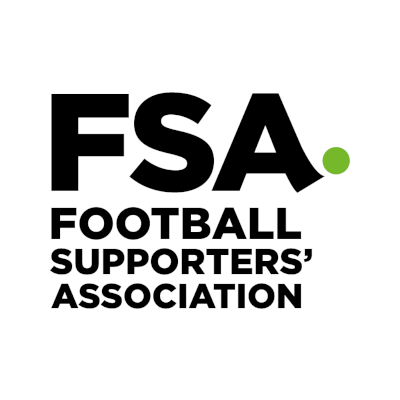 CUOSC and supporters’ groups from across the country have joined forces with politicians and pundits to launch ‘Sustain The Game’ – a new campaign which calls for urgent action from the authorities to protect the existence of clubs.

The financial strains caused by Covid-19 have threatened many clubs and fans say urgent action is needed from the football authorities to help them survive.


The Football Supporters’ Association (FSA) is coordinating the campaign and says that while the current pandemic has brought many issues to an immediate head, these are long standing finance and governance matters which need to be fixed.

The government’s 2019 manifesto committed to a ‘fan led’ review of football governance and the FSA is keen to demonstrate the support within football for that to happen.

The campaign is backed by fans’ organisations from almost all of the 92 Premier League and EFL clubs alongside those in the women’s game, non-league and high profile ex-pros and pundits such as Jamie Carragher, Henry Winter, Colin Murray, Amy Lawrence, Guy Mowbray, and FSA Commentator of the Year Peter Drury.

The campaign is also backed by the cross-party All-Party Parliamentary Group for Football Supporters and many community-owned clubs including the newly-formed Bury AFC.

Campaign backers say the football authorities and government cannot sit back and watch as dozens of historic clubs are under immediate threat and could disappear altogether.

FSA chief executive Kevin Miles said: “Football occupies a special space in our society as clubs carry huge cultural and local economic importance. ‘Sustain The Game’ will demonstrate the need for urgent action as the very existence of many clubs is under threat. If we don’t act now we might lose some forever.

“We call on everyone with an interest in the game, from clubs and leagues to players and managers, to come together and work in partnership to support Sustain The Game. The time for action isn’t next week, next month, or next year – it’s now.”

Ex-Liverpool and England defender Jamie Carragher said: “The campaign can play a massive role in protecting clubs throughout the game. This is a difficult time for the game but it’s also a chance to make real changes. Supporters’ have to be involved in that as well.”

To find out more about ‘Sustain The Game’ visit: www.thefsa.org.uk