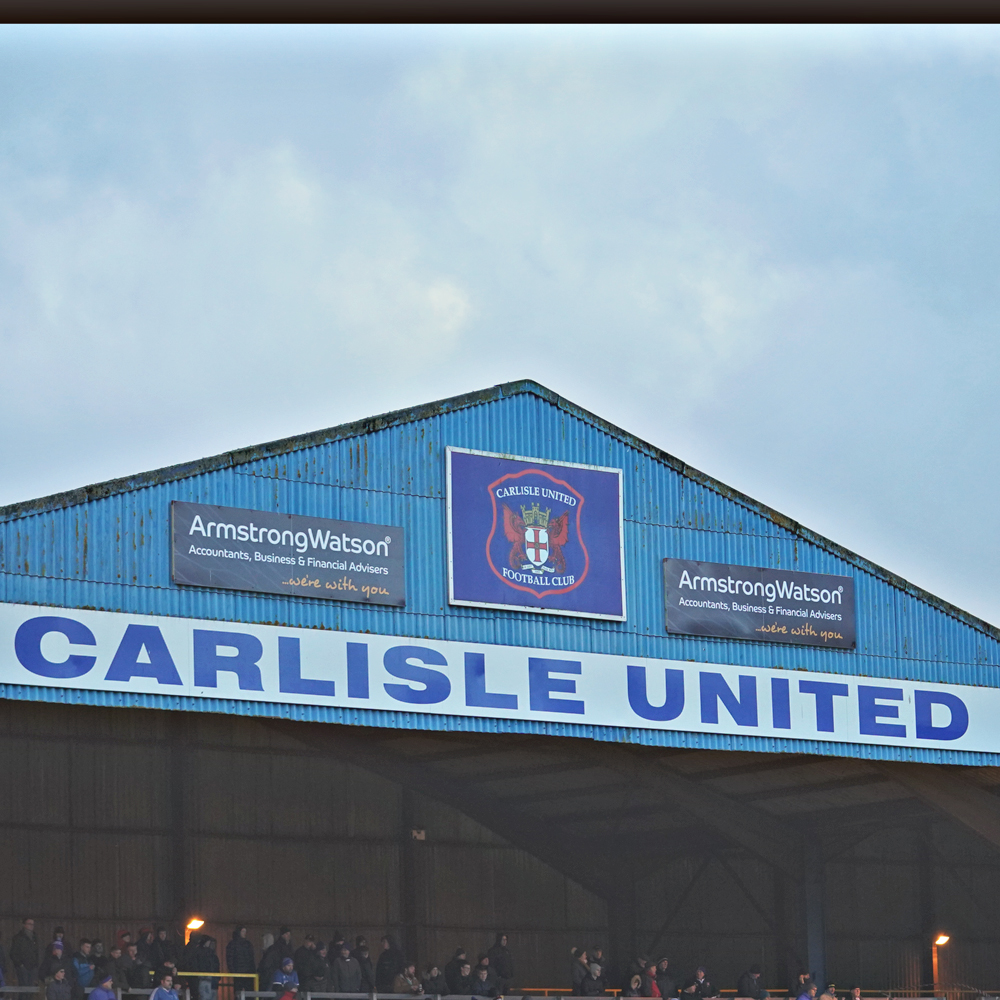 Needless to say, it has been a strange old season, not just for Carlisle United but for the whole of football in general.

Nobody would have thought that the last game with a significant crowd in Brunton Park would be 10th March last year (a 2-0 victory over Newport County). With the team preparing for an away trip to Grimsby for the following Saturday fixture, came the breaking news that due to the rising cases in Coronavirus worldwide, football had been postponed for the then foreseeable.

Fast forward a few weeks, the news had broken that the remaining games in the 2019-2020 SkyBet League Two season had been cancelled, leaving Carlisle lying in a final position of 18th place by the points per game ruling, a position which they did occupy prior to this announcement.

With the country being placed in lockdown, it was to be a challenging time for not just the club, but for the mainstay supporters, asking themselves, “What can I do on a Saturday at three o’clock now?”. The football had been a massive part of supporters’ lives, going out to see their team win, lose or draw, meeting up with fellow Blues beforehand to talk about the game ahead and afterwards to debate the talking points.

The local radio station (BBC Radio Cumbria) had been doing their best to fill the void by putting on retro matchday commentaries, especially looking forward to hearing the dulcet tones of the late great Derek Lacey. The matches including the Jimmy Glass game, Liverpool away, and also some of the other games which had made the end of seasons very exciting including games against Mansfield and a certain Brian Wake hat-trick against Shrewsbury.

Friday nights, where BBC Radio Cumbria would usually be looking ahead to the sport the following weekend, were made into a great ritual of having interviews with ex Carlisle stars of the past including Michael Bridges, Keiren Westwood, Kevin Gray and many others, all being interviewed by another ex-Blue in midfielder Chris Lumsdon (who also does matchday co-commentary).

CUOSC had decided to throw quizzes every Monday evening – another fantastic opportunity to get your Carlisle United fix in, something many fans looked forward to and to test their knowledge, springing some surprising answers along the way. A couple of occasions had seen a hero of the 1995 Division Three title winning team in Dean ‘Deano’ Walling and current head coach Chris Beech hosting.

A look into how much support goes into Carlisle United was shown by the funds which have been raised in the ‘Carlisle REUnited’ scheme. CUOSC set this up to help the club out in these unforeseen circumstances, getting ex heroes to raise the profile of this by sending videos detailing what fellow supporters can do.

In and around the club, we were seeing a massive shift in players. 13 players moved on, the most surprising of the released being midfielder Mike Jones, who signed for newly promoted Barrow. All these releases meant that Carlisle had to basically build a new squad, and what signings they are, as we have seen for what the season has brought us. Players brought in included goalkeepers Magnus Norman (Fulham) and Paul Farman (Stevenage), also adding Marcus Dewhurst who had returned on loan from Sheffield United. There were new defenders in George Tanner (Man United), Rod McDonald (AFC Wimbledon), Jack Armer (Preston), midfielders Joe Riley and Danny Devine (both from Bradford), Brennan Dickenson (Exeter) and veteran Dean Furman who came back to England from his native South Africa. Strikers Gavin Reilly (Bristol Rovers) and Frenchman Gime Toure (Hartlepool) completed the summer signings.

By the time we had heard about these signings, it had been revealed that the first few games were to be held behind closed doors, something which a majority of supporters had seen in the Premier League and Championship for the remainder of the previous season.

Luckily for supporters though, there is a service named iFollow which has been made available for fans to tune in to watch their teams play home and away, meaning there will be no games missed. All the matches being viewable for a fee with a percentage going back to the supported club. A nice bit of revenue for clubs who no doubt will rely on it, especially with no attendances in person.

After the first league game of the season, which saw Carlisle go down to a 3-0 defeat away to Cambridge United, the government announced that there would be a select few games to be chosen as pilot events. Carlisle were chosen for their first home league game of the season against Southend, hosting 1,000 spectators, a game which saw a 2-0 victory after Kayode and Patrick goals. This formed part of a trial to see if crowds could be welcomed back into sporting stadiums by the start of October. With the way the fixtures were set, it had looked like the first game back would be a tasty home game against Barrow. But it was later announced that no supporters would be able to go to live sporting events, meaning games behind closed doors would be continuing.

After this announcement, there was room for another initiative which CUOSC took on. Face in the Crowd, an opportunity for fans to have their face on a cardboard cut out and placed in the stadium, gave fans the chance to be at games in spirit. This once again raised money for CUOSC to help out with future plans for the club.

For the fans watching on iFollow, it had proved to be a success, seeing the team start being a strong outfit in the league, playing attractive football especially at their Brunton Park home. This gave supporters an upbeat mood and had them actually looking forward to watching Carlisle play in the next game.

By the end of November, helped by the signing of experienced defender Rhys Bennett, the club was at the right end of the table, pushing the top three. There was some extra good news, regarding the attendances in stadiums. The government announced that some parts of the country were allowed to host supporters up to a maximum of 2,000. Carlisle fell into that category, with only home supporters allowed at this moment in time.

During the December month, Carlisle stayed in the top three in good form, but it was the Walsall away game, the first game of 2021, which had more significance than usual. Not only did it see Carlisle reach the top of the table after a 2-0 victory, it also turned out to be the last game the team played until the end of January. Different circumstances caused postponements involving COVID cases, frozen pitches, waterlogged pitches and also electric failure.

Not knowing how many of the squad had caught the virus, in which the club kept secret as to who etc, was always going to have an effect on some players more than others. This did show in the games which were playable after the return. After starting the year in top spot, a run of no wins in eight games after a 1-0 victory over Exeter in their first game back, saw the Cumbrians slide down to 13th in the table. The rot did stop with a very convincing 3-1 home victory, with goals from Bennett and January signing Offrande Zanzala (2), against Bradford City, a team who were in very good form themselves, and the first time that the Blues had done the league double over them since the early 1950s. Could this win be a turning point into a successful end to what is still a strange season in the first place? Only time will tell.

Alex Macallister is a CUOSC member and huge United fan who is currently studying at university.