YOUR representatives on the board of directors of Carlisle United FC 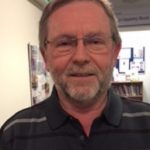 Under the terms of the 2006 shareholders’ agreement, CUOSC has a right to permanent representation on the football club’s board. This individual becomes a full director with full director’s responsibilities. The person selected has a clear duty of care to the club and must act in its best interests at all times.

The current CUOSC representative is Jim Mitchell. He has no fixed term of office but he can be challenged by any CUOSC board member each year at the Annual General Meeting, in the form of an election. The board of CUOSC would recommend that anyone with ambitions to fulfill this very important position should serve on the CUOSC Board before making any moves to represent the membership. It should be noted that the board of the football club may veto any person chosen to fulfill the position of representative, but this is limited to the first two candidates put forward. The third candidate must always be selected.

CUOSC may also appoint an ‘alternate’ to represent them at board meetings in Jim’s absence. This position is currently filled by Billy Atkinson. Billy also fills the position of supporter rep on the CUFC Holdings board.

The representative who sits on the board represents a 25.4% share of the club’s holding company, CUFC Holdings Ltd. Note however that the right to boardroom representation remains no matter how many shares are owned by CUOSC and in whatever entity. The Holding company own 93% of the football club – Carlisle United AFC (1921) Ltd.

Your representative has a vote on all imporant matters concerning the football club. They have a duty to report back on all matters affecting CUOSC and supporters directly. Note however that as part of the standard fiduciary duties referred to above, they aren’t in a position (usually) to report back on matters considered confidential to the club board.

Could YOU consider yourself in this position in the years to come? There is a great opportunity for a committed supporter to be part of the board and to serve their local football club. The only way to make this dream a reality is to join CUOSC today!

CUOSC would like to apologise for confusion caused in today's briefing regarding Paul. He is currently helping us with a view to being potentially coopted at a later date but at this stage doesn’t hold a board position. This is what the briefing should have read.

Unfortunately there is no match today but, here’s some highlights from this season: https://youtu.be/s-6P9bgdpyU

Now we've all had time to digest the names on the retained list, what do you think of it Carlisle fans? #cufc

Back Simpson’s bid to make the Blues better